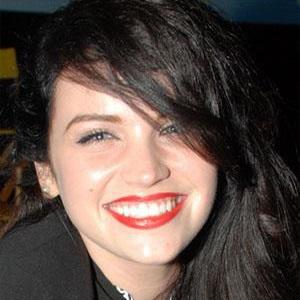 Singer who was a finalist on the Oxygen singing competition The Glee Project who went on to appear at Harmony on Glee. In 2016 she began playing Rebecca in the Freeform series Recovery Road.

She acted in her first stage production at age six.

She starred in musical productions of The Last Five Years and Spring Awakening after competing on The Glee Project.

She has a brother named Heath who is a professional soccer player.

She came in third in The Glee Project to co-winner Samuel Larsen.

Lindsay Pearce Is A Member Of