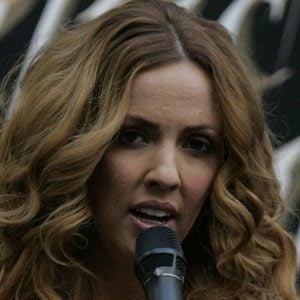 Famous for her membership in the Irish folk music group Celtic Woman, she also had a prolific career as a stage actress, appearing in productions at Ireland's renowned Gate and Abbey Theatres.

After earning a bachelor's degree in acting from Trinity College Dublin, she performed with the Irish RTE Concert Orchestra and also collaborated with Irish songwriters Frank McNamara and Shay Healy.

She appeared on the Irish television programs Legend, Bachelor's Walk and Storylane.

She grew up in Dublin, Ireland, with nine older siblings. She married Simon Morgan in 2012.

She and Mairead Nesbitt are both famous as members of Celtic Woman.

Lisa Lambe Is A Member Of