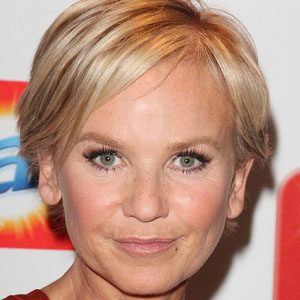 Perhaps most well known for her portrayal of DI Samantha Nixon on the ITV police drama The Bill, she is also notable for her role as Pamela Ketman on In Deep, as well as for her television hosting work on ITV's Loose Women.

She studied during her early years at the Italia Conti Academy of Theatre Arts and went on to compete in a BBC talent program called A Song for Europe.

In the early 1990s, she briefly hosted the BBC1's Lisa Maxwell Show.

She was born in South London, England, and was raised by her mother, Val, and by her maternal grandparents. With her husband, Paul Jessup, she raised a daughter named Beau.

She is well known for her numerous appearances on Les Dennis's and 's comedy shows.

Lisa Maxwell Is A Member Of