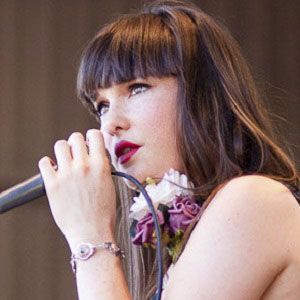 After rising to fame as a finalist on the fourth season of Australian Idol, she released her debut album, Wonder, which quickly achieved Platinum status in Australia and won the 2009 Australian Music Prize. In 2012, she followed this recording up with an album titled Bless This Mess.

She started playing the guitar when she was twelve years old and performed during her teen years in a local cover band called Chrome.

Her song "Neopolitan Dreams" was featured in a Season Two episode of the Showtime series The United States of Tara.

Born in Canterbury, Kent, England, and raised in Albury, New South Wales, Australia, she is the daughter of physicians Ruth and Angus Mitchell. She grew up with a younger sister named Nicola.

At the start of her career, she toured with fellow Australian singer Ben Lee.

Lisa Mitchell Is A Member Of