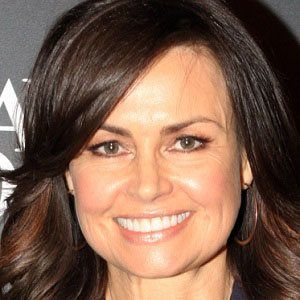 Known for her hosting work on Weekend Sunrise, Today, Carols by Candlelight, and several other Australian television programs, Wilkinson is also notable for her work as a journalist and editor for Cleo magazine.

When she was just twenty-one, she became editor of an Australian publication titled Dolly.

She was raised in the New South Wales towns of Wollongong and Campbelltown, and she attended a performing arts high school in the latter city.

Her marriage to fellow journalist Peter FitzSimons resulted in one daughter and two sons.

In 2013, she and Karl Stefanovic began co-hosting the Nine Network show Today.

Lisa Wilkinson Is A Member Of