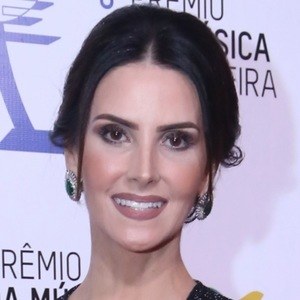 Actress who rose to fame in the 90s through her roles on Brazilian shows like Gente Fina and Four Lives, Four Loves. She took a 14-year hiatus from acting to focus on her life as a wife and mother before making a comeback with a role on the soap opera Salve Jorge in 2012.

She made her acting debut on the miniseries Tenda dos Milagres in 1985.

In 2016, she was a contestant on the celebrity dance competition Dança dos Famosos.

She was married to professional volleyball player Tande from 1996 to 2012. She has children named Yago and Yasmim.

She was cast alongside Igor Rickli on the soap opera Apocalypse in 2017.

Lisandra Souto Is A Member Of