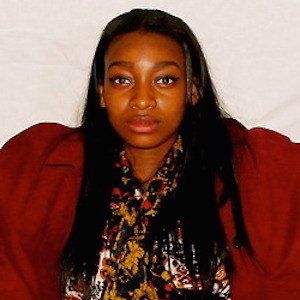 Rapper, musician, actress, and model, she is the founder of her independent label Age 101. After the release of four mixtapes and five EPs, she released her first album A Curious Tale of Trials + Persons in September 2015. She is part of the 2015 G-Star Raw print campaign.

She knew she wanted to make a difference by using rap music from the age of 9. She attended the St. Mary's Youth Club, like pop stars Leona Lewis and Alexandra Burke. In 2009 she went on to star as Vicky in BBC's Spirit Warriors and in 2012 she was Meleka in E4's Youngers.

She has struggled with being a female hip hop artist because she always felt like she wasn't being taken seriously. After she continued to be rejected by labels on the grounds of being female, she decided to make her own label. She often refers to herself as a king rather than a queen, because of the inequality she has experienced.

She was born Simbi Ajikawo in Islington, England, but later moved to London.

Her music caught rapper Jay Z's attention and he premiered her mixtape Black Canvas on his website.

Little Simz Is A Member Of