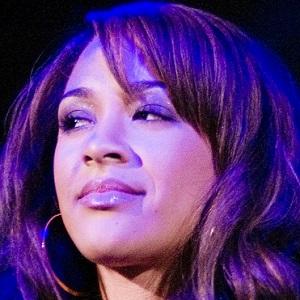 Singer-songwriter from the U.K. most famous for singles like "Automatik," which cracked the Top Ten in the U.S. Dance Charts in 2010. She is also known for her guest appearances on tracks like MKG's "Warning Shot."

She was discovered when her babysitter sent cassette tapes of her singing to a manager, after which she left for Miami and Barbados to record demos.

In addition to her singing, she is also a respected songwriter who has penned songs for high-profile artists like Britney Spears and Kelly Clarkson.

Her mother is English and her father is of Bajan descent.

She was a songwriter on the Christina Aguilera track "Red Hot Kinda Love."

Livvi Franc Is A Member Of