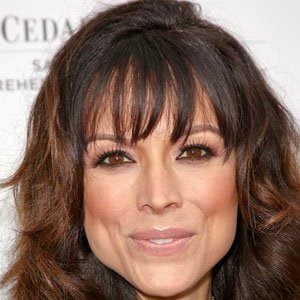 Best known during the late 1980s and early 1990s as Emily Ann Sago on the popular ABC soap opera All My Children, this American actress also played the role of Wendy Simms on CBS's CSI: Crime Scene Investigation.

Early in her career, she portrayed Sylvia in the 1993 Jason Priestly film Calendar Girl.

She was born in Raleigh, North Carolina. She married cameraman David Emmerichs in 2004.

She appeared with Eliza Dushku on several episodes of the Fox series Tru Calling.

Liz Vassey Is A Member Of