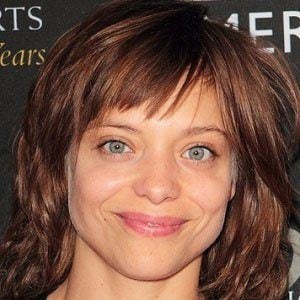 French actress best known to American audiences for her role as Grace Bertrand on American Horror Story: Asylum. In her home country, she has won acclaim for her roles in films like 2006's Chacun sa Nuit and on series like Alex Santana, Negociateur, on which she starred from 2004 to 2007.

She was born in Paris and got her first acting gig at age 10, appearing in the television movie Parents a Mi-temps.

She won the Best Actress award at the St. Jean de Luz Film Festival for her role as Myriam in the World War II drama Le Chant des Mariees.

Her mother is Sylvie Brochere.

She co-starred with Jessica Lange on American Horror Story: Asylum.