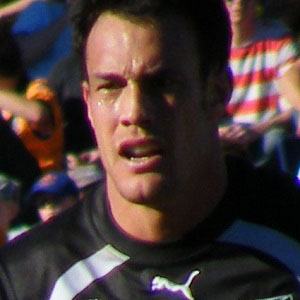 New Zealand rugby league player who made the Rugby League World Cup Final with New Zealand in 2000. He later led the Bradford Bulls to their second World Club Challenge victory in 2004.

He played junior rugby in Mt. Wellington and for the Ellerslie Eagles.

He became a real estate agent after retiring from rugby in 2008.

He won the 2004 World Club Challenge with a Bulls team led by team captain Jamie Peacock.

Logan Swann Is A Member Of