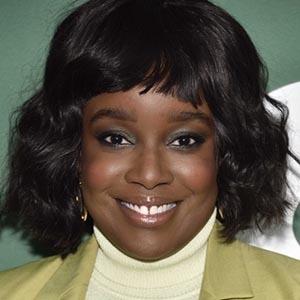 Stand-up comedian specializing in character comedy who was nominated for two Chortle Awards in 2016. She landed series regular roles in Hulu's 2019 comedy Shrill as Fran, and as Rosie in Miracle Workers.

She attended Loughborough University. She was selected to be part of the 2015 BBC Writersroom comedy program.

She had a role in the 2018 blockbuster comedy The Spy Who Dumped Me.

Her real name is Ololade Adefope and she is from Preston, London, England.

She acted alongside Aidy Bryant in Shrill.

Lolly Adefope Is A Member Of

The Spy Who Dumped Me
Miracle Workers
Shrill
30 Year Olds