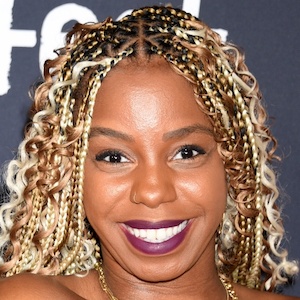 Actor, host, and comedienne who is largely known for her work throughout the British children's TV industry. She has gained particular renown for her extensive work with the CBBC Channel in England, where she has appeared in a wide variety of series.

She graduated with a degree in television, media, and cultural studies from London's Kingston University. She debuted as a stand-up comic at the school's annual talent show.

In 2010, she wrote a sitcom pilot for the BBC called Laughter Shock. In August 2013, she debuted on BBC Radio on her own comedic show 28 Dates Later.

She was born and raised in east London, England. At age 12, she and her family moved to Brighton.

She has co-hosted the children's series Scrambled! on the CITV network alongside Arielle Free.

London Hughes Is A Member Of