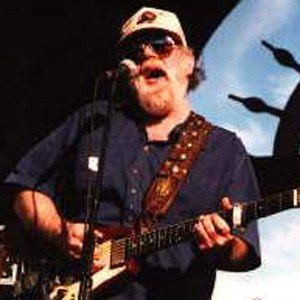 He grew up on a farm with no electricity, but with a battery-operated radio they would always tune in to the Grand Ole Opry.

There were large gaps between his albums, partly because he was trying to avoid achieving fame.

His family moved from southeastern Kentucky to Indiana, where they lived off the land.

Lonnie Mack Is A Member Of