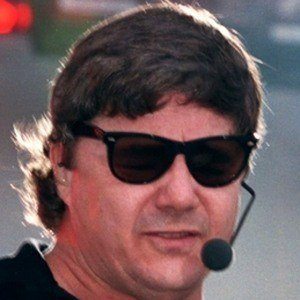 Blues guitarist who released eighteen albums with the Steve Miller Band from 1968 to 2011, known for singles like "The Joker." In 2016, he was inducted as a solo artist into the Rock and Roll Hall of Fame.

He formed one of his first bands, The Ardells, in 1962 while attending the University of Wisconsin-Madison.

He had his greatest commercial success with the four-times Platinum-selling 1976 album Fly Like an Eagle.

He has been married three times. His third marriage was with Kim Miller.

He collaborated with Paul McCartney on the song "My Dark Hour."

Steve Miller Is A Member Of