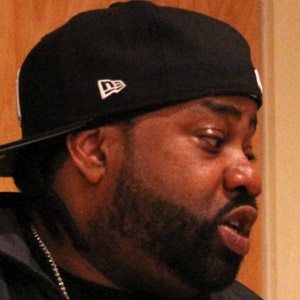 Known for his leadership of the Diggin' in the Crates (D.I.T.C.) New York hip hop production group, this record producer and rapper also released several of his own albums, including Funky Technician, The Awakening, and Return of the Funky Man.

In the late 1980s, he and his musical collaborator DJ Mike Smooth signed a hip hop record deal with Wild Pitch Records.

Like most of his fellow D.I.T.C. members, Lord Finesse (born Robert Hall, Jr.) was raised in The Bronx, New York.

His first album, Funky Technician (released in 1990), was produced by DJ Premier.

Lord Finesse Is A Member Of