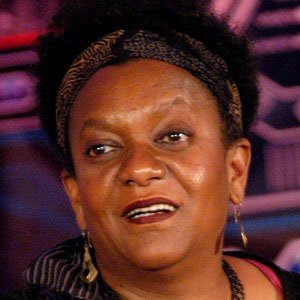 Remembered for her roles in films such as Ernest Goes to School, Fantastic Four, and Another Cinderella Story, Gale is also notable as a playwright. Her historical drama, Angelique, won the 1995 grand prize in Canada's DuMaurier National Playwriting Competition.

At the start of her acting career, she played small roles in the 1980s films Visiting Hours and The Hotel New Hampshire.

A native of Montreal, Quebec, she later lived in Vancouver, British Columbia, where, tragically, she died of cancer in her early fifties. Her marriage to John Cooper lasted from 1988 until her death in 2009.

She and Andrew Airlie both contributed voice acting work to the 1990s animated series Hurricanes.

Lorena Gale Is A Member Of