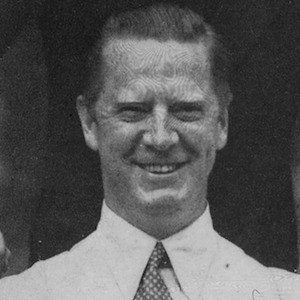 Twentieth-century writer and newspaper columnist who was opposed to both the New Deal and labor unions and criticized the Supreme Court and the tax system. His outspoken and aggressive writing style was frequently parodied by The New Yorker and Mad Magazine.

He was a World War I-era war correspondent before working as a newspaper sports columnist. In 1925, he accepted a position with The Chicago Tribune.

He won a 1941 Pulitzer Prize for his reporting on criminal racketeering in the labor unions of Hollywood.

He was born in Minneapolis, Minnesota to newspaper editor Arthur James Pegler. His first marriage was to crime reporter Julia Harpman. Later, he wed his secretary, Maude Wettje.

He took to referring to First Lady Eleanor Roosevelt as "The Big Mouth."

Westbrook Pegler Is A Member Of