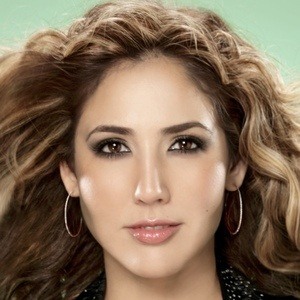 Latin American singer most famous for her work with the successful Latin pop group Miami Sound Machine, with whom she performed on shows like Rockin' for the USA. She also released solo singles like "La Vida es Una Sola."

She was named as one of the 25 Most Beautiful People of 2002 by People en Español.

Her parents are of Guatemalan descent.

She and Emilio Estefan are both famous for making music with Miami Sound Machine.

Lorena Pinot Is A Member Of