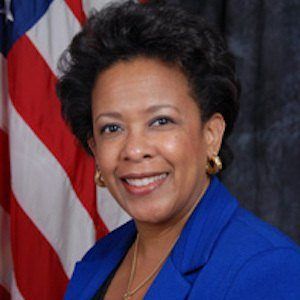 American politician known for being the first African-American woman, and second woman overall, to be appointed Attorney General of the United States. She was officially sworn in on April 27, 2015. She's also served for the Federal Reserve Bank of New York and as an attorney for the Eastern District of New York.

She attended Harvard University, completing both her undergraduate and law degrees at the school. She then worked for Cahill Gordon & Reindel.

She has two step children through her husband Stephen Hargrove, whom she married in 2007.

She joined Janet Reno as the only women to hold the position of Attorney General. Reno served under Bill Clinton.

Loretta Lynch Is A Member Of