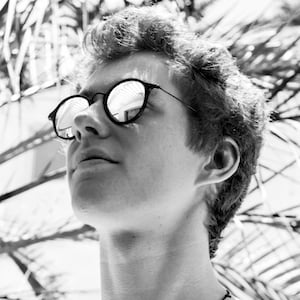 Music producer and DJ of deep house music whose 2014 platinum single "Are You With Me" topped the charts in six countries internationally and charted in the top 5 in four others. He went on stage with producer Netsky in Belgium in 2022.

He began producing music as soon as he got his very first MacBook Pro.

His 2015 single "Reality" topped the charts in Belgium, Austria, and Germany. He has collaborated with drinking brands including Ocus Gin.

He was born Felix De Laet in Brussels, Belgium. He and his brothers grew up playing the piano.

His "Are You With Me" single is a remix of an Easton Corbin song.

Lost Frequencies Is A Member Of