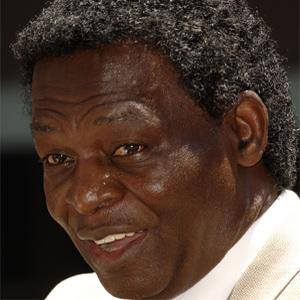 Hall of Fame inductee and base-stealing legend who was selected to six All-Star games and won World Series Championships with the St. Louis Cardinals in 1964 and 1967. He recorded 3,023 hits while batting .293 across his 19-year career.

He was raised by poor share croppers in Collinston, Louisiana.

He stole 938 bases during his MLB career, a record that he held until Ricky Henderson broke it in 1991.

He married Katie Hay in 1960. After her death, he married Jacqueline Brock.

Star pitcher Bob Gibson was named MVP of the 1964 World Series for the Cardinals.

Lou Brock Is A Member Of