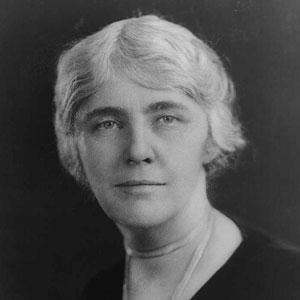 Wife of President Herbert Hoover, who was the First Lady of the U.S. from 1929 to 1933. She was the first First Lady to be able to speak fluent Chinese and make regular radio broadcasts.

She was a tomboy and loved nature and the outdoors, which led her to study at (what is now) San Jose State University.

She enrolled as the only female geology major at Stanford University.

She and her husband sailed from San Francisco to China and lived in China for a while, then moved back; she had two sons, Herbert and Allan.

She was the wife of Herbert Hoover from 1899 to her death.

Lou Henry Hoover Is A Member Of