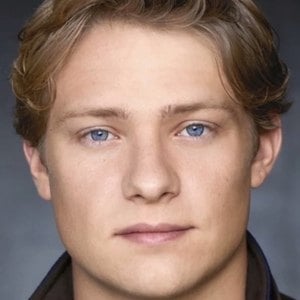 Actor who has gained popularity for his work in TV and film. He has gained widespread renown for his work as an animal right's activist, and in 2010, founded the Kids Against Animal Cruelty educational foundation.

He earned his first on-screen credit in 2009 when he appeared on the Disney XD Skyrunners Testimonials series. His parents enrolled him in the Columbus Zoo and Aquarium's Summer Youth Program at age 3.

He has served as the national youth ambassador for the American Humane Association. He appeared in the 2016 film Teenage Cocktail as Alex.

His father Jon was an Air Force fighter pilot. He was born at Ohio State University's campus hospital while his mother was an undergraduate student there.

He accepted the 2013 Pet Hero of the Year award from Pet Philanthropy Circle alongside Christie Brinkley.

Lou Wegner Is A Member Of