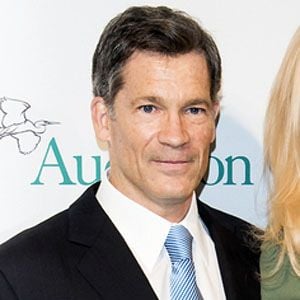 Best known as the founder of the New York-based Moore Capital Management hedge fund, this billionaire entrepreneur had previously established the Remington Trading Partners company. Also a philanthropist for environmental causes, he founded The Moore Charitable Foundation and donated to a non-profit group called Riverkeeper.

After earning a degree in American literature from Middlebury College (Vermont), he earned a Master of Business Administration from the Columbia University Business School.

Before becoming a financial entrepreneur, he worked for Bankers Trust and went on to hold an executive position in the trading department of Shearson Lehman Brothers.

His marriage to Cynthia Pigott lasted from 1986 until 2002 and resulted in four children. His second marriage, to Gabrielle Sacconaghi, began in 2007.

Louis Bacon Is A Member Of