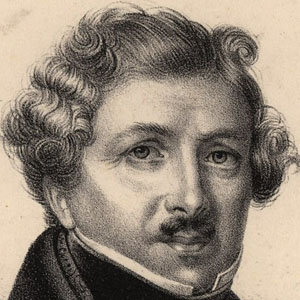 French artist and scientist who invented the chemical photographic process that became known as the daguerreotype. Acknowledged as one of the fathers of photography.

He was an architecture, painting, and theatrical design apprentice to Pierre Prevost, the pioneering French panorama artist. He worked with Nicéphore Niépce, having been inspired by the inventor's breakthroughs that included the first heliograph in 1822 and the first permanent camera photograph in 1826.

He was instrumental in the creation of the diorama theatre. He opened the first theatre of this type in Paris in 1822.

He grew up in Val-d'Oise, France.

His development of the daguerreotype process was aided by the photographic discoveries of John Herschel.

Louis Daguerre Is A Member Of