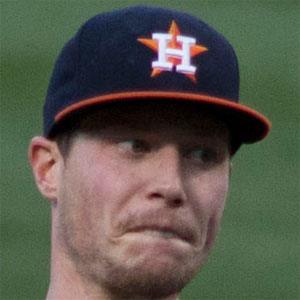 Pitcher who began his MLB career with the Chicago White Sox in 2010.

He led Ozark High School to its first Missouri state championship in 2004, playing both pitcher and shortstop.

After being placed on waivers by the White Sox, he was claimed by the Houston Astros on July 8, 2011.

He was born in Springfield, Missouri.

He pitched alongside Mark Buehrle on the White Sox during the 2010 and 2011 seasons.

Lucas Harrell Is A Member Of