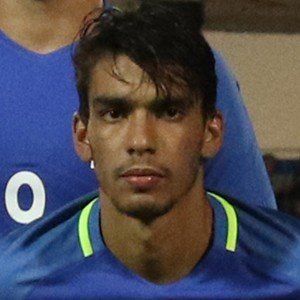 Professional soccer player who rose to fame playing an attacking midfield position for the Brazilian Série A club Flamengo. In 2016, he also became a member of Brazil's Under 20 squad.

He began his career playing for Flamengo's youth academy at the age of 10.

During the 2017 season he scored a total of 6 goals for Flamengo.

Both he and Juan Silveira dos Santos played for the Clube de Regatas do Flamengo.

Lucas Paquetá Is A Member Of