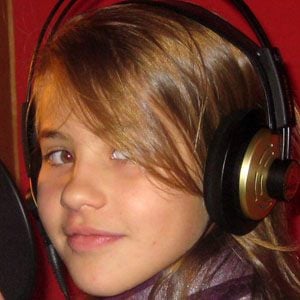 Spanish singer and actress who won the first season of the Spanish version of the Disney Channel singing competition My Camp Rock. She has starred in TV series such as Violetta, La Gira and The Avatars.

She participated in the singing competition Veo Veo when she was seven years old.

She grew up with her sister Natalia in Madrid.

She played the role of Lena in the Disney Channel series Violetta starring Diego Ramos.

Lucía Gil Is A Member Of