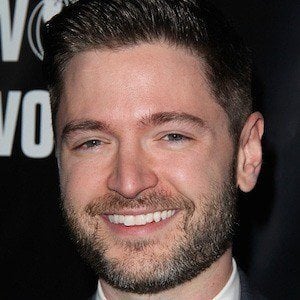 Otherwise known by his nickname RevoLucian, he is a Grammy-nominated composer and music producer behind works like the soundtrack of the 2007 adaptation of Hairspray. He's also become well known for his satirical sound remixes like "Bale Out", a song featuring profane tirades by actor Christian Bale from the set of Terminator Salvation.

In 2003, he graduated from New York University with a degree in musical composition. He then began collaborating with composer Marc Shaiman on films like Team America: World Police and Rumor Has It.

He has composed music for both films and stage productions like the 2006 musical In Your Dreams and the 2009 horror film Sorority Row.

His mother Darlene is a psychic medium. He has a sister named Karen.

He has written songs like "Year End Rap" and "Stunning" for artists like Perez Hilton and Calpernia Addams, respectively. He's also produced several of RuPaul's albums, including Champion and Glamazon.

Lucian Piane Is A Member Of