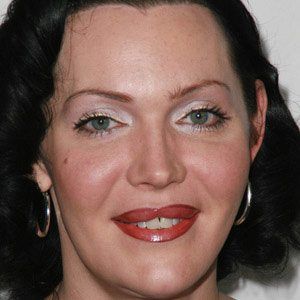 An American actress, television personality, author, and musician, she is best known for her transgender activism. Her reality television series, Transamerican Love Story, debuted in February of 2008.

She served in the Hospital Corps of the U.S. Navy and Marine Corps before coming out as a transgender female.

She adopted the name "Calpernia" as a reference to both a Shakespeare character (Calpurnia) and to the popular film, The Addams Family.

She was born in Nashville, Tennessee. Her relationship with Barry Winchell ended in tragedy: Winchell was murdered by fellow soldiers on his U.S. Army base for being involved with a transgender person.

Calpernia Addams Is A Member Of