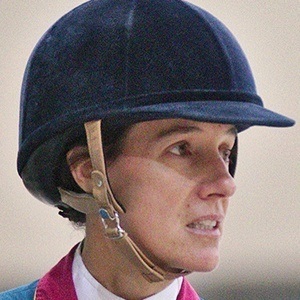 Equestrian specializing in show jumping who represented Portugal at the 2012 and 2016 Summer Olympics. She and her horses are the stars of the documentary web series "Hoofprint Series."

She got her start riding dressage on her family's horse, Marko and won the Children's Jumping Championships at age 12.

She is the founder of the personal growth and horse training organization G.R.O.W.

She comes from a famous equestrian family, including mother Lica, father Arnaldo and brothers Andre and Fabio. She was previously married to show jumper Andreas Knippling, with whom she has twin sons named Pedro and Paulo.

She and lvaro de Miranda Neto are both famous Olympic equestrians from Brazil.

Álvaro Diniz Is A Member Of