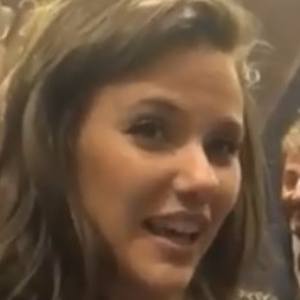 Journalist known for her work on La Tarde on the Channel 5 News. She was nominated for the Martin Fierro Cable Award for Best Sports Journalist through the show. She has over 490,000 followers on her lucianarubinska Instagram account.

She studied the Licentiate of Labor Relations at the University of Buenos Aires, Sports Journalism in Tea and Deportea. She graduated in 2005.

She hosted the television show Zoom, mirá de cerca in 2009.

She and Villa Dálmine have two boys together.

She and Juan Pablo Varsky are both Argentinian journalists.

Luciana Rubinska Is A Member Of