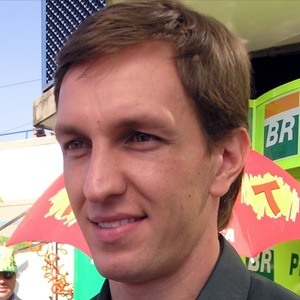 Race car driver who briefly competed in Formula One before transitioning to Stock Car Brasil. In addition to his racing career, he has commentated on Formula One races for TV Globo.

He got his start in British Formula 3 driving for the crack Stewart Racing team. In 2000, he became a tester for Jaguar.

He married Daniela Norbert in 2008. He has a brother named Leo.

He suffered a serious crash at the 2001 Belgian Grand Prix after touching the car of Eddie Irvine.

Luciano Burti Is A Member Of