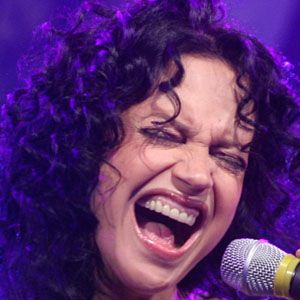 One of the most acclaimed singers in Czech Republic history, she is known for albums like 1992's Missariel and her appearances in musicals like Excalibur.

She was trained as a seamstress before pursuing her dream of singing.

She won the Ceny Thalie award for Best Female Performance in an Operetta/Musical in 2000 for her work in the musical Joan of Arc.

Her son Filip was born in 1996. She had two brief marriages, first to Stanislav Penk and then to Václav Bárta.

She and Marketa Irglova are both popular singers from the Czech Republic.

Lucie Bila Is A Member Of