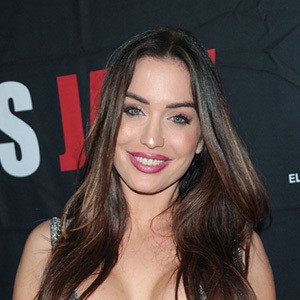 Model, beauty queen and actress who has worked with brands like Swarovski and represented Australia at the Miss World 2010 pageant. Her acting credits including such Indian films as Boss (2013).

She grew up participating in sports like tennis and long-distance running. She moved from Australia to India in 2013.

In 2017, she was a contestant on the reality show Bigg Boss.

Her father was an avid yoga practitioner who introduced her to the practice.

She was housemates with Shilpa Shinde on Bigg Boss 11.

Lucinda Nicholas Is A Member Of