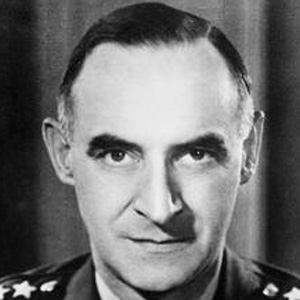 He graduated from West Point in 1918 and, in 1942, became the youngest brigadier general in the U.S. Army's history.

He orchestrated the Berlin Airlift after the USSR closed off all roads leading into the city.

Lucius D. Clay Is A Member Of