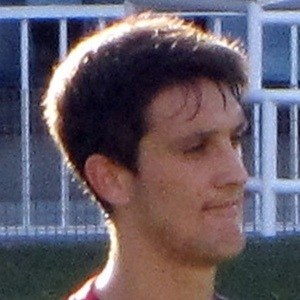 Spanish professional soccer attacking midfielder and winger who became a member of S.S. Lazio in 2016. He had previous stints with Deportivo La Coruña, Málaga, Liverpool and Barcelona B among others.

He started his youth soccer career with Sevilla Fútbol Club in 2004.

His mother's name is Loli Alconchel.

He became teammates with captain Senad Lulic after joining Lazio.

Luis Alberto Romero Alconchel Is A Member Of