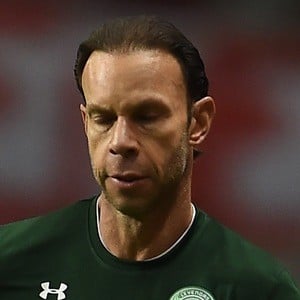 Former soccer forward commonly known as Zague who represented Mexico in many international tournaments, including the Copa América, CONCACAF Gold Cup and FIFA World Cup. At the club level, he had his greatest success with Club América, with whom he won nine championships.

He spent much of his childhood in Brazil, where she played youth soccer for Corinthians. He returned to his native Mexico in 1985.

He was featured in the animated soccer comedy Selección Canina (2015).

He is the son of soccer player José Alves. He married news anchor Paola Rojas in 2009.

He was teammates with goalkeeper Jorge Campos at the 1994 FIFA World Cup.

Luis Roberto Alves Is A Member Of