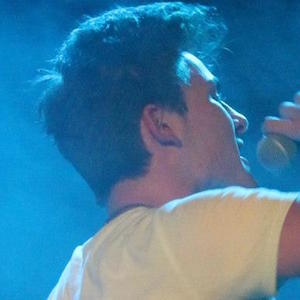 Drummer for the popular Spanish boy band DVICIO, who signed with Sony Music. The band won Hit of The Year at the 2015 Neox Fan Awards for their single "Enamorate."

He met his DVICIO bandmates during school in 2005; they formed a band called Tiempo Límite in 2009 and had a few moderate hits. They went on to win a Spanish radio contest, after which they changed their name and signed with Sony Music.

His and his bandmates first charting single "Paraiso" was used for a McDonalds Spain advertising campaign, which McDonalds workers participated in a huge flash mob to in 2013.

He has a brother named Jorge and a sister named Mariella.

He and DVICIO collaborated with Grammy-nominted singer Leslie Grace on their 2015 single "Nada."

Luis Gonzalvo Is A Member Of