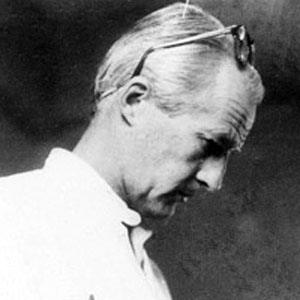 An Argentine physician and biochemist who received the 1970 Nobel Prize in Chemistry for his discovery of sugar nucleotides. He also was awarded the Legion of Honour in 1982 for his contributions to chemistry.

He moved from Paris to Argentina with his family when he was two years old.

He invented Salsa golf, a mixture of ketchup and mayonaise, which is popular in Argentina.

He married Amelia Zuberbuhler in 1937.

He quoted Winston Churchill during his Nobel Prize acceptance speech.

Luis Federico Leloir Is A Member Of