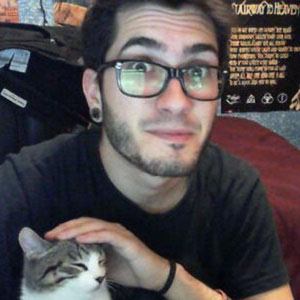 International YouTube phenomenon who generates millions of views per video he publishes, including earning 7.5 million views in just 8 months for his "Como hacer reggaeton" video. He has a second YouTube channel called Wismi2. In early 2019, he launched a podcast called W-Podcast.

He kicked off his YouTube career in January of 2012 and posted one of his earliest videos, "Scott Pilgrim The Videogame. Wismichu," in February of that year.

In addition to the 9 million subscribers he has accumulated on his main YouTube channel, his Instagram has garnered more than 3.4 million followers.

He and fellow Spanish YouTuber Auronplay have collaborated multiple times.

Wismichu Is A Member Of