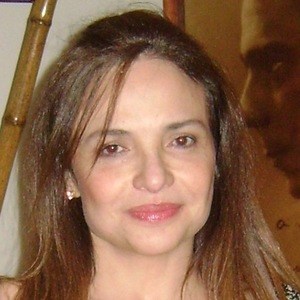 Brazilian actress best known for starring in a range of different Globo telenovelas throughout the 1990's and early 2000's. She is most recognized for her recurring role of Tereza Castro in the 2006 series Cidadao Brasileiro as well as her character Stella Maris Diniz in the 2007 series Luz do Sol.

She made her first television debut with a small nonspeaking part in the telenovela Dancin' Days on the Globo Network. She gained recognition and popularity with her breakthrough performance in the telenovela Tieta in 1989.

She was featured on the cover of Playboy Brazil in December of 1993.

She was born and raised in Itapipoca, Brazil. She has three children: Bruno, Adriana, and Luigi.

She starred alongside Adriana Esteves and Ary Fontoura in the 1997 telenovela A Indomada.

Luiza Tomé Is A Member Of