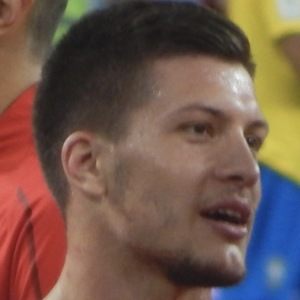 Striker who was traded to Eintracht Frankfurt in 2017 from Benfica who he joined in 2016. He has more than 2.1 million followers on his lukajovic Instagram account.

He played in the Supertaça Cândido de Oliveira in 2016.

He has an older sister. His parents are Milan and Svetlana Jović.

He and Nicolas Gaitan have both played with Benfica.

Luka Jovic Is A Member Of