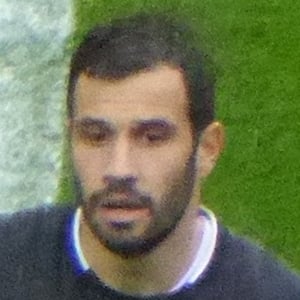 Midfielder who is famous for his international club career, including as a starter for Crystal Palace FC. He also earned renown for his stops with Olympiacos, Anderlecht, and Red Star Belgrade.

He made his professional soccer debut in 2007. He first joined Serbian side Radnički Kragujevac.

He was a member of the Olympiacos Greek Football Cup-winning side in 2014-2015. Between 2011 and 2013, he was named twice to the Serbian SuperLiga Team of the Season.

His father's name is Srđan.

He and Yohan Cabaye have played as teammates on the midfield for Premier League club Crystal Palace.

Luka Milivojević Is A Member Of