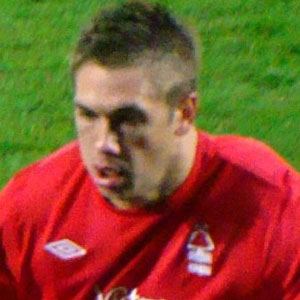 Center back who joined Ipswich Town in 2012 after spending six years with Nottingham Forest, where he earned Football League One runner-up honors.

He switched from centre to right back for Nottingham Forest in 2007-08, anchoring a defense that kept a record 24 shutout games.

He became captain of Ipswich town after Carlos Edwards went down with an injury.

He was born in Kettering, England.

Darren Bent was another star for Ipswich town, until he made his way to the Premier League.

Luke Chambers Is A Member Of