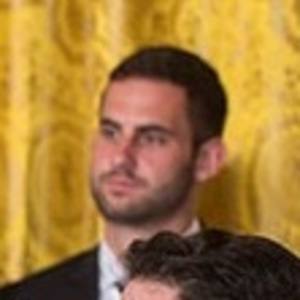 Small forward who had a short-lived professional basketball career, playing with Panionios in the Greek Basket League in 2014. Before going undrafted in the 2014 NBA Draft, he won the NCAA National Championship as a member of the Louisville Cardinals in 2013.

He attended Hidden Valley High School before transferring to Hargrave Military Academy. He played college basketball at George Mason University from 2009 to 2011.

In 2013, he became the first reserve player ever to be named the Most Outstanding Player of the NCAA Men's Division I Basketball Tournament.

His parents are William and Venicia Hancock. He has four brothers and a sister.

Luke Hancock Is A Member Of