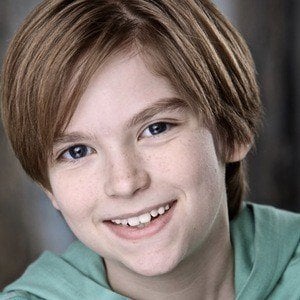 He began his acting career at the age of four in Orlando, Florida. After his family moved to Los Angeles in 2013, he scored his first major acting credit in a 2014 episode of TLC Presents.

He made his silver screen debut in the 2016 drama Guys Reading Poems.

His sister, Savannah, is also an actor and has been a regular on Kids with Adult Problems.

He portrayed the younger version of Paul Wesley's character Stefan in an episode of the hit CW series The Vampire Diaries.

Luke Judy Is A Member Of