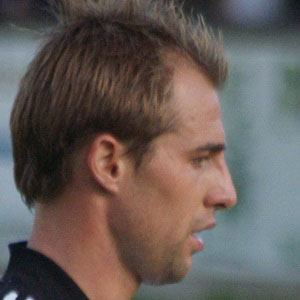 English soccer player who originally rose to fame during his years with Crewe Alexandra, with whom he played from 2003 to 2007. He has since become a standout player for clubs like Derby County, Blackburn Rovers and Ipswich Town.

He was born in Leicester and played semi-professionally for Quorn before being scouted by Crewe Alexandra.

For the 2006-07 season, he was named the Crewe Alexandra Fans' Player of the Year and was selected to the League One Team of the Year.

He has played with Irish striker Noel Hunt at Ipswich Town.

Luke Varney Is A Member Of