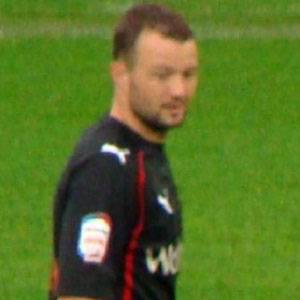 Irish soccer player known as a striker for clubs like Reading, with whom he won the Football League Championship title in 2012. He was previously named Player of the Year for the 2002-03 season while playing for the Shamrock Rovers.

He played junior soccer in Waterford before signing with the Shanrock Rovers at age 18.

He became the co-owner of the Abbey Street pub The Dugout with curler Davy Fitzgerald in 2013.

He played under manager Brian McDermott during his years at Reading.

Noel Hunt Is A Member Of